You read one headline one day which tells you to stop one behaviour as it causes cancer and then the next day the headline tells you to do that same behaviour to ward off Alzheimer’s. You can’t win. But here are some common myths that you can ignore because that is exactly what they are…myths. 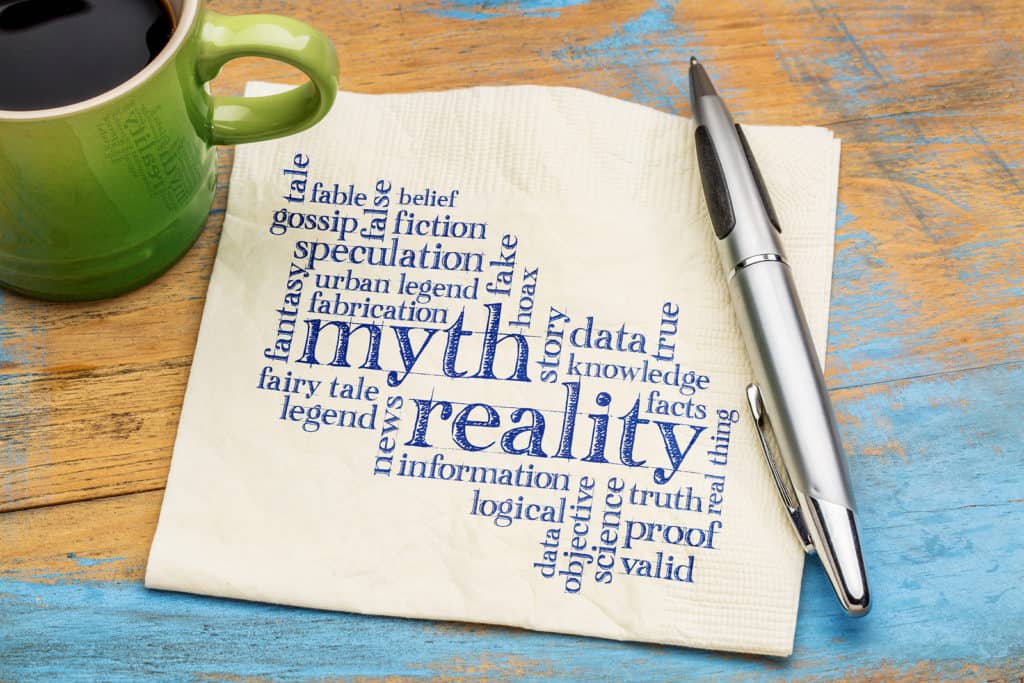 There are tonnes of rumours which go around about what can cause cancer, and one of the most common ones is that the chemicals found in antiperspirants and deodorants can be absorbed through your underarm and can end up in breast tissue and make tumours more likely. However, the National Cancer Institute says there is no evidence of this, so it’s just a myth.

Hearing loss can happen to anyone; it is not just an age thing. The World Health Organization has warned that 1.1 billion teenagers and young adults are at risk of hearing loss “due to the unsafe use of personal audio devices, including smartphones, and exposure to damaging levels of sound at noisy entertainment venues such as nightclubs, bars, and sporting events.” This doesn’t mean the end of the world; a hearing aid fitting is easy to do and can really help.

Being Cold Gives You a Cold

No matter what your mum has told you, you will not catch a cold from being outside in the cold. One study actually found that healthy men who spent several hours in temperatures just above freezing had an increase in healthy, virus-fighting activity in their immune systems. So you’re actually more likely to get ill from staying indoors, where germs are easily passed.

While eating breakfast can help some people to lose weight as it can keep their hunger at bay and prevent them from grabbing biscuits mid-morning, it doesn’t actually help everyone. Some people who don’t like breakfast don’t necessarily overeat at other meals. So while it may help some people, if it’s not for you then don’t feel compelled to eat it to lose weight.

People who do this can be very annoying and then the people who respond with “Don’t do that, you’ll get arthritis” are just as annoying. The noise the bones make is from a gas bubble that forms between the bones and “pops.” If you like doing it, then keep on doing it because studies show that it doesn’t cause arthritis.

There is not enough data to prove that consumption of dietary cholesterol (for example, what is in eggs) affects blood cholesterol levels. Harmful cholesterol levels are caused by the consumption of saturated and trans fat. It is more important to keep your cholesterol in check by monitoring these fats in your diet than it is trying to cut down on eggs. Eggs are an inexpensive source of many nutrients, including omega-3 fatty acids, zinc, iron, antioxidants and vitamin D, so they are very good for you.