If you feel sluggish and unproductive during the day, this is a sure sign that you aren’t getting enough sleep and you need an early night or two. If you are already having early nights, it may be that you are not getting sufficient quality sleep or waking up during the night. You may be showing signs of needing more sleep that you haven’t even realized. 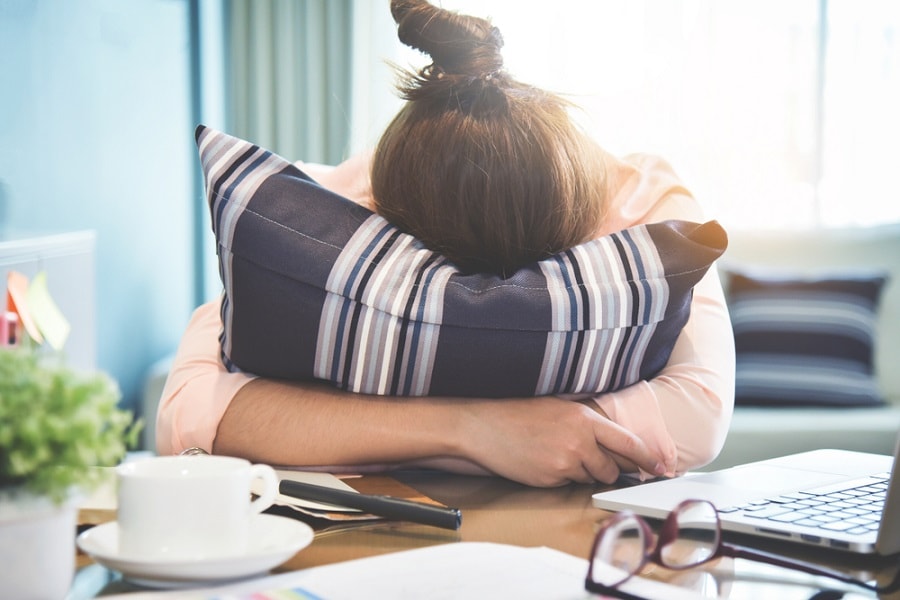 Here are 10 of the most common signs that you aren’t getting enough sleep.

You Lack Energy During the Day

Your body is likely to go through periods during the day when you feel energetic and other times when you will feel more tired. Your body is naturally programmed to slump in the afternoon, for example, as your blood sugar level drops following lunch.

You should feel vibrant and full of energy when you first wake up if you have had enough sleep. Tiredness at this time of the day is often associated with late nights and insomnia during the night but if you are waking up tired after a full night’s rest, you should monitor your sleep and seek a medical opinion. An app such as Rise Science will help you monitor your sleep if you are waking up tired. It has lots of useful advice and you can use it to check that you are getting enough sleep during the night.

You Are More Emotional Than Usual

Your emotions can be all over the place if you aren’t getting enough sleep. This is because you overreact to stimuli, and issues that wouldn’t have affected you too much in the past suddenly seem like a much bigger deal. This can make you tearful or angry. However, it often works the other way and makes you giggly or giddy instead. It can also be harder to control your emotions and you will be more likely to express how you feel to others making you appear more emotional.

Tiredness can make you more impulsive because you are too exhausted to think things through properly. You don’t need the hassle of having to make a decision and you are likely to take the easier option even if it is something you wouldn’t usually do. It can also make you say things you later regret as you act before you have time to think about the consequences and you don’t react as well to negative stimuli.

You Struggle to Make a Decision

Deciding whether to emigrate to Australia or not is a huge decision that you should spend a lot of time thinking about. However, which pair of black shoes to wear to work is a decision that you can usually make quickly as you are leaving the house. If it takes you longer to decide on the shoes than the emigration this is a sure sign that you need more sleep.

A lack of sleep hinders your ability to react and make decisions quickly. It affects the way that you think, so suddenly, choosing between two similar pairs of shoes becomes a big deal.

You Are Becoming Forgetful

Forgetfulness can be a major sign that you need to get some more sleep. It affects your memory and your cognitive development. If you have an exam or a big meeting the following day, forget burning the midnight oil trying to do some last-minute preparation. You will make mistakes if you don’t get a good night’s sleep so try to relax and get an early night. Your brain will thank you for it in the morning and your performance will be better.

You Are More Hungry Than Usual

If your brain is not getting enough energy from sleep it will try to find it in food. This will produce a hunger hormone that craves sugary or fatty food for its energy, and you are less likely to recognize when you are full, meaning that you eat more than you usually would.

You Put on Weight

This goes hand in hand with feeling hungrier; however, there is more to it than that. It also slows down your metabolism meaning that whatever you do eat gets processed more slowly and leads to weight gain. It also makes it more difficult to respond to insulin which means that the food you eat is less likely to be converted into energy. This also puts you at increased risk of developing diabetes.

You Get Sick More Frequently

If you aren’t getting enough sleep then your immune system can become impaired, leaving you more susceptible to colds and flu. If you find that you are catching one thing after another, this could be a sure sign that you need to get some more sleep.

Your Vision Is Blurred

If you are suffering from blurred vision, then a trip to the opticians is in order. However, if you haven’t been sleeping well, don’t be surprised if you are told that this is the problem. Tiredness can cause weakness and lack of energy in your muscles, and this includes your eye muscles too. This can affect your long-sighted vision, meaning that you find it harder to do close work or read. It can also give you double vision as your eyes become misaligned with each other due to a lack of sleep.

Your skin is affected by lots of things such as age, sunlight, and tiredness. Unfortunately, any changes in your body can be seen on your skin and a lack of sleep will make it look dull and lifeless. Lack of sleep can make you feel dehydrated, and this dries out your skin too. It can also lead to dark circles under your eyes, baggy eyelids, and wrinkles. If you want to feel great and look younger, get some early nights.

These are the top ten signs that you aren’t getting enough sleep. Don’t ignore these issues; catch up on your sleep or they could get worse. If symptoms persist, seek the advice of a medical practitioner.