Every single person on this planet has their own way with money. When they work and earn their wages/salaries, they get to do whatever they want with it, as long as it’s not hurting anyone. For most of us, we see money as little numbers on a screen or coins in a wallet that allows us to do stuff.

We’re not all financial experts, and so we’re not expected to be amazing with the stuff. Heading online and looking at certain techniques, reading big words, and understanding certain concepts is difficult. 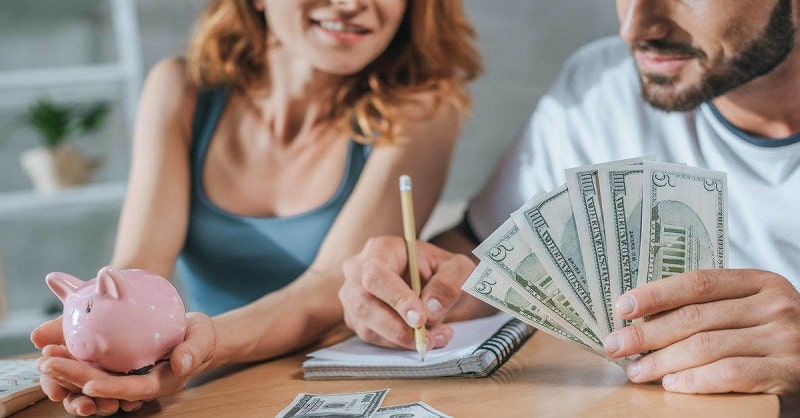 Most people work, get money, and then go about their day. Because it’s something that is quite confusing a lot of the time, they don’t want to get bogged down into the details. Life is for enjoying; not worrying too much about the fine print. Unless someone is in a really, really pressurized situation, they won’t bother trying to become an expert.

We do all have one thing in common; however: we all want to have more money than we currently have! That’s no secret, and it doesn’t make any of us greedy for behaving this way. Money makes the world go round; it also allows us to live a good life. Why the heck wouldn’t we want a larger slice of the cake?

As we mentioned already, a lot of things surrounding finance (whether it’s personal, business, macroeconomics, microeconomics, planning for retirement, or anything else) can be super confusing to deal with. Fortunately, though, we can absolutely make and save money fairly simply. You don’t have to be the guy or girl with all of the qualifications and a CEO job in order to understand the basics. There are so many things you can do; so many changes you can make to your life that will boost your financial situation. You might already know about some. You might already be implementing some. If you aren’t really sure about the kind of things we’re talking about, though, here are some examples of what you could do.

Eat out and Socialize a Little Less

When you head out of the house for an afternoon or evening, you often spend quite a lot of money. Sometimes people go out and spend very little, but, be honest, how often do you really get away with something like that? There are a bunch of things that go into a night out, and your bank account can take quite the hit. If you go out a little less, you’ll save some money, and your social life/skills will not be affected in the slightest. You might be a little more bored than usual, or you might not like the boring meal you’re having at home, but it would be worth it in terms of your money situation.

If you don’t have a car, then you’ll know all about how that burden of weekly, bimonthly, or monthly outgoings doesn’t affect you! You might not be able to get to places as conveniently, but you’re just one person and two legs – no metal.

If you do drive, then you’ll know that running a car is so very expensive. So why do you take steps to increase the cost if you don’t need to? When you want to go somewhere that doesn’t need driving; don’t drive! It would just be a waste of gas. Yes, if someone has an almost unlimited amount of funds, then they can drive wherever they want, but if you want to boost your number, it’s not a great idea. Want to visit a buddy’s house that’s just a few streets away, or need something from the store? Walk! You won’t regret it.

Some of the offers and the bills that you receive in life can be downright ludicrous. Fortunately, you’re able to have a little chat about them over the phone and lower them a little (or maybe even a lot). This kind of thing would take a little practice in order to learn and build confidence, but you can absolutely haggle over the phone in order to get what you want. Usually, doing things like threatening to leave will get the provider to rethink their deal.

We have all had monthly subscriptions to things that we barely use. The main culprits are video streaming services. We just kind of keep them just in case we want to watch something again. Months can go by as nothing is viewed – money still comes out, though. Take five or ten minutes out of your life to get those cancelled.

If you look closely, you’ll find something just as good (or identical) for fewer dollars. That’s a fact. Often, the quality of products are pretty much the same; they just have different logos on them. When you look online for clothes you might like, you can scan around for the exact same item and find it for a much lower price. That’s not a given for every single product, but it’s amazing how abundant cheaper options are. Amazing.

Turn Things off When They’re Not in Use

This may result in marginal gains, but they’re still gains that might add up. When you’re out of the house, turn things off. You’re obviously not going to leave the lights on 24/7, but people often leave the TV on all day when they’re not watching.

Keep an Eye on Your Savings

A lot of these points are basically about focusing and using your noggin a little more – and this point is just another example of that. Obviously, if you want to have a healthy amount of money, then you’re going to want to leave the money in your savings alone – even if you have a huge temptation to use them. You’ll also want to look at the interest rates you’re getting: sooner or later, the rates will drop off. Again, moving your money to a new home would result in marginal gains, but it will add up.

Sell Things Around the House

You absolutely have things lying around your home that you don’t need. Similarly to the point we made about subscriptions: you don’t need them. Sure, sentimental things are worth keeping – that goes without saying – but the extras that you’re hoarding might get you a big lump of cash!