Interesting question, I’d say. But do you know what’s more interesting? How you’re wondering why your ex has gone cold towards you. I don’t think I really need to point this out but breakups happen for a reason. It means two people have decided to sever a bond that they have to go on their separate ways.

Wondering why your man is acting cold after breaking up with you is rather inconsistent with what you want to achieve. You may visit this link: https://magnetofsuccess.com/why-do-guys-go-cold-after-a-breakup/ to know more about it. 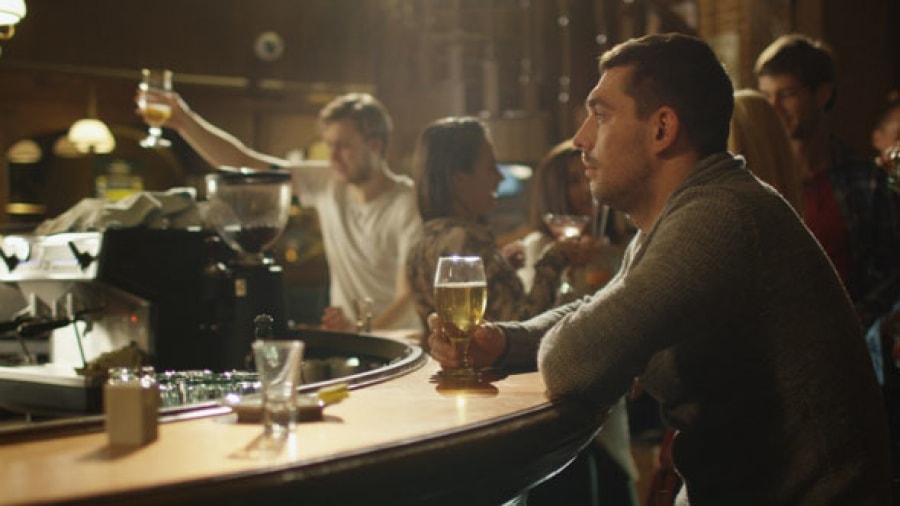 Not unless it wasn’t you who wanted to break the relationship apart.

No breakup is easy. Having your friend tell you “That’s okay, I’ve been through worse.” is not comforting in the least. Whether you’ve been cheated on, duped, dropped, ghosted, or whatever other reason your man may have come up with to destroy what you have, it will still hurt. If it doesn’t, then there was never really a real relationship to break.

You have the right to feel whatever you’re feeling. Don’t let other people talk you into feeling guilty or sorry for yourself just because you’re still trying to get over what had happened. However, you must also understand that your ex also has the right to acknowledge his own feelings – even if he comes off as “unfeeling.” You can read it here too. Some people just can’t remain friends after breaking up, especially when there’s a lot of history there.

Do Men Generally Become Cold Hearted After Breaking Up?

I wouldn’t say it’s just men. Anyone can grow cold after a romantic bond has been severed. I’m sure that you also have a couple of exes you just can’t be in good terms with after you each went your separate ways. If this is the case, all that’s left for you to do is to accept the fact and just move on. You have to respect the other person’s wishes, even if you feel hurt or offended by it.

However, there may be a reason why men are more likely to grow cold after a break-up. If you’ve ever been in a man’s shoes, there are a couple of things you would notice.

For one, there are as many stereotypes for men as there is for women. Men who’ve grown up in traditional and man-centric households (patriarchal) are raised while being told that they’re not supposed to make their feelings transparent to others. They are told to “tough it out” because showing their soft side would only give others the chance to ridicule them. In other words, men are stereotyped to be strong and unfeeling.

If your guy happens to be a product of this kind of environment growing up, it would explain why he’s grown cold towards you soon after the separation. You may think that it’s unfair and he’s making it seem like everything you shared was a farce. But you also have to understand that maybe him growing cold towards you is a positive thing. After all, wouldn’t it help you move on faster too?

Anyway, if you think your ex is too quick to forget about you because he’s grown cold soon after you’ve broken up these reasons might explain why:

He Wants to Forget (Obviously)

Well, you broke up, didn’t you? Any normal person would want to get over it as fast as he can, even if he is the one who initiated the separation. This should go for you too. Giving someone the cold shoulder seems to be an effective way to avoid any form of communication that would possibly make things complicated again.

You also have to understand that even if he initiated the breakup, it’s not like he’s made of stone. I’m sure that your ex still has lingering feelings, just not enough to make him reconsider his decision. And that’s why the only thing left to do is to try to forget completely.

Just think about it. How would you feel if your ex still hangs around you and playing nice after a tough break? Wouldn’t you feel offended by it? Heck, you might even think that his feelings were shallow all along.

Acting cold towards you is sometimes a man’s way of being respectful. I’m sure that it’s not the best way but giving you some space after a heart-wrenching event is definitely far better than acting like nothing bad ever happened. Check out Oprah’s take on this.

This is also a possibility. Unless you were tight as friends before you became lovers, there’s a high possibility that your ex can’t see himself being friends with you. There are just people you can have romantic but not intimate relationships with. If he’s avoiding you, it might be because he doesn’t see a reason to keep a relationship with you post-breakup.

You’ve Got Too Much History Together

If you’ve spent a very long time together with someone, it’s hard to not reminisce about what you two had when you were still an item. Couples who’ve been in a long term relationship often have a hard time maintaining a friendship after they’ve gone their separate ways. There is just so much history there!

You’ve experienced a whole lot together, probably know every nook and cranny of each other, and you wish to become just friends? For some people, that is just very unlikely. It could be the reason why he’s acting cold and trying to cut off your communication.

Don’t get me wrong; I’m not trying to give you false hope here. But this does happen and it may be a possibility for you as well. The reason that he’s giving you the cold shoulder might be that he still has a thing for you. He may still be harboring feelings of love. But you see, not everyone who feels this way wants to rekindle the relationship. Sometimes, they just accept that it was not meant to be and they try to move on from it.

With that said, if you’re still holding out on the possibility of getting back together, try to think long and hard about why you want to rekindle your romance in the first place. Is it really what’s best for you?