Home » Business » Business Management » Workplace Wars: When Should You Put Yourself in the Firing Line?
Share
Tweet
Pin

Workplace conflict is a significant problem for any manager. As well as creating an unwelcoming environment, bickering that gets out of hand could lead to workplace war, with certain people refusing to work alongside each other, and even leaving as a result. 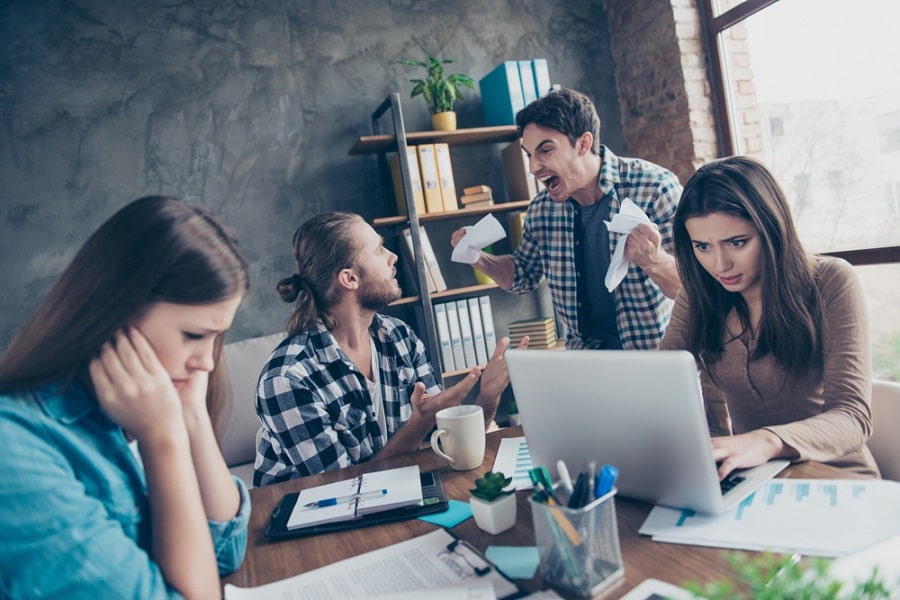 To avoid this eventuality and its repercussions, any respectable manager should implement conflict mediation procedures like those outlined in this article by Bradley University. In many instances of dispute, such guidelines are the only logical and fair way to move forward with everyone’s best interests at heart.

Sadly, guidelines can’t tell you one key thing, and that’s when to get involved in the first place. Of course, we know as a general rule that early mediation is best for putting such issues behind us. But, it’s also worth noting that some degree of workplace dispute can be part of a creative process for many. Active debates and healthy disagreements can, indeed, push us to create our best work or develop ideas to new levels.

By getting involved in cases like these, you’re at risk of inadvertently creating conflicts where they didn’t necessarily exist before. As such, it’s instead vital that you’re clear on the following points as to when exactly stepping in would be the best way to a ceasefire.

When the Battle Becomes Evident to Everyone

A disagreement over a branding decision in the boardroom is typically such small fry that the majority of your team won’t even notice. If, however, conflict has escalated to the point where it’s noticeable to all, then it’s probably a sign you should step in. If you’ve noticed a dispute first-hand rather than just from the accounts of others, then it’s definitely time to take action. This is a sure sign that a grudge is a little longer-standing than just a spur of the moment tiff, and that needs addressing sooner rather than later to smooth those creases before they become permanent.

You should also consider the regularity of disputes between two members of your team. Ultimately, workplaces are a mixture of different personalities, and not everyone’s going to get along. There’s every chance that you’ll have team members who don’t work well together and argue on occasion, and that’s generally no reason for concern. But, if that personality clash turns into daily disagreements or arguments of some kind, it’s best to reconsider. This is a sure sign that a conflict is becoming a significant issue that’s taking its toll, and that your intervention here couldn’t come soon enough.

When Employee Work Starts to Suffer

Speaking of conflicts taking their toll on the people involved, a sudden decrease in the quality or productivity of work is another sure sign that a dispute has reached breaking point. Minor niggles are unlikely to spill over into individual work stations, but long-standing feuds certainly do. Worse, unresolved conflicts like these could soon start to impact on the mental wellbeing of those in question, making for an unhappy work life indeed. Any boss worth their salt should keep an eye out for these warning signs at the best of times, conflicts included. The moment you notice that a member of your team is off-color, be sure to call them in for a private chat so that you can get to the bottom of things before a bomb does irreparable damage.

Conflict also becomes inevitable by the time it’s evident that an issue isn’t going to resolve itself without your input. Small workplace issues will almost always iron themselves out with ease, usually within a few hours of the conflict happening in the first place. If underlying resentments have lasted for a few days or more, then it doesn’t hurt to investigate with a meeting to find out whether things are more extreme than they seem. This meeting alone should be enough to show you whether it’s time to turn to your mediation plans after all.

Conflict of any kind in the workplace is negative, and creating a calm and safe environment depends on your ability to address any such issues sooner rather than later. Whatever you do, don’t leave conflicts to escalate into full-blown warfare before you take action. By that stage, the chances of reaching peaceful resolutions are next to none. Instead, put yourself in the firing line as soon as you notice the above, and do your best to reach a ceasefire that suits everyone involved.