Perhaps known as the best skyline in all of America, New York is towering giant. The buildings that have made this city what it is now, are revered and loved by locals and tourists alike. If you’re new here, they take some getting used to. 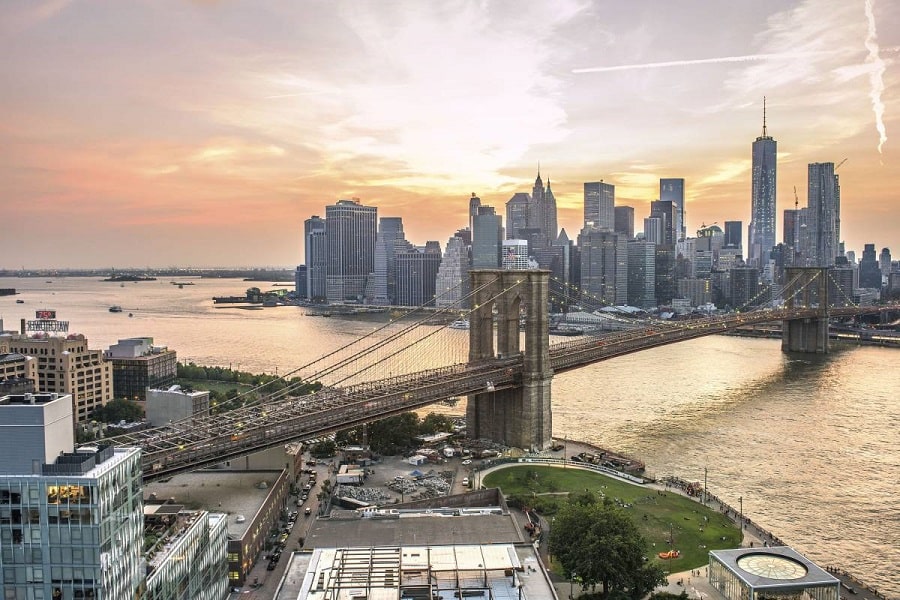 They quite literally block out the sun from some angles and certain parts of the city, you can feel as if you’re in a maze. The financial district is full of tall skyscrapers, because the majority of the economy is commerce and financial trading. Although the Stock Exchange might be where the day’s action begins, all around the city is where the majority of the money is made. Small businesses run by independent store owners are the backbone of the city’s wealth. The famous restaurants are what make this city the best place to dine in all of America. The landmarks that people attribute to the image of this city should be explored at least once in your lifetime.

The New York ribeye steak is perhaps the most famous dish in this beautiful city. The thick and juicy meat that is so carefully grilled is sumptuous in Sparks steakhouse. The rub and seasoning they use is black peppercorn based. The little herbs are the classic oregano and thyme. You also might have heard of this restaurant because of it’s infamous mob incident involving John Gotti. The city has a history of the mafia and it was brought to light right outside this great restaurant in 1985 when the Gambino crime family boss was struck down by Gotti and his crew. The pictures were broadcast all over the world and that’s partly the allure of this upscale steak serving restaurant. It’s engraved into people’s minds and has become a landmark for the cultural aspect of the city.

The city is full of a can-do attitude. Some of the most talented live performers move to the city as soon as they can to pursue their dreams. Broadway is the golden mile regarding live shows. In the modern day and age, you can book shows in nyc online after exploring what each one has to offer. No more hearsay, because you can read and see what’s on offer if you were come down to this iconic row of theaters. This landmark is perhaps the most attractive to travellers because live performances in among the legendary busy streets is one many people’s bucket lists.

A Bridge to View

The Brooklyn Bridge is one of the most iconic things about New York. lit up like a Christmas tree during the night, it provides a connection between Manhattan and Brooklyn. Brooklyn being one of the poorer neighborhoods and Manhattan being the richest, the bridge is often seen as the great opportunity to go from rags to riches. Built in 1883, it’s also one of the oldest structures the city is gifted with.

The image of New York City is that of incredible buildings, fantastic food and starry hope. If there is one city that still has a sense of larger than life, it’s this Big Apple that still captivates it.